My Baby Is 6 Months Old! 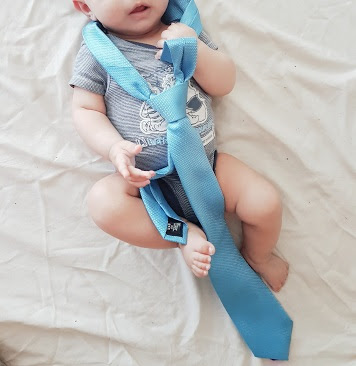 Hi guys! I can't believe it's already been six months since I had my little boy! Where has the time gone! Although it went by super fast that's not to say there weren't some lovely memories along the way, here is an update 6 months postpartum. 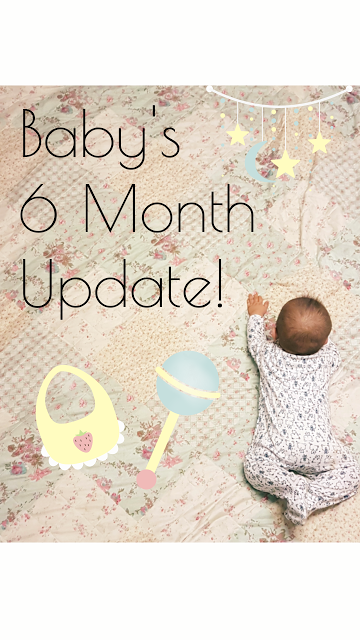 Where do I begin? It's been crazy! Not crazy bad; crazy beautiful, crazy funny, crazy cute and beyond all...crazy with a sprinkle of sweetness and a dash of love. It's been challenging too, but like all challenges it only made me stronger and more sure of myself as a mother. There have been lots of tough times, times when I really doubted myself. But I was always able to overcome it the moment I looked at my beautiful children and reminded myself that

'I brought these children into this world and I'm doing a pretty good job of keeping them warm, fed and healthy!'

That's the most important thing right?

So where are we now? My little boy is as active as a kitten with a ball of yarn, he has excelled at the art of rolling onto his tummy but is yet to learn to roll back, he is still learning to sit down and I feel like at this moment that's his favourite position; maybe it's because he has a better view of his surroundings but it doesn't last long as after a while he gets tired and throws his head back into the waiting palm of his paranoid mother.

Another milestone we've hit this month is solids! (I'm too excited when it comes to solids!) So far he hasn't tried much as we've only just started but I can tell he loves food! I will be publishing a specific solids-related post soon so keep an eye out for that!
Before I started giving him food I was told he'll start sleeping better, my son is still exclusively breastfed and so wakes up a lot during the night which is a struggle for me because my toddler wakes up too early and I end up binge drinking coffee till noon, and let me just tell you that feeding him solids hasn't helped at all but I'm hoping that as he gets older he'll improve and I can start functioning as a regular human again.

My son loves playing with his sister and it's always so heartwarming seeing those two even though he's 2.5 years younger than her I can already see them getting very close as they get older - sure they'll fight but they'll also be there for each other and for that I am grateful.
He also loves labels! Whatever we put in front of him, whether its a teddy or tea-towel he will always look for the label and it goes straight into his mouth! Now that I think about it everything he touches goes straight to his mouth! And it doesn't help that my daughter always feels the need to pass non-edible things to him leading to a frantic mother running to pull whatever happened to be within his reach from his tightly grasped hands.

The greatest thing about this stage in a baby's life is their discovery of the world around them, and one thing my son has definitely discovered these past few months is his voice! And he hasn't been afraid to use it!

Picture this - it's 6:30am and you are in a coma-like sleep and you hear a quick 'EH' sound...and you know...you know what that means. Shortly after the 'EH' comes the familiar 'AH'...followed by the 'Ahhhh'...which quickly escalates to 'Ah Ah Aeewwwooo Eh Ahhh' all the while he is lying on his tummy giving you his best tooth-less grin as if to say

'Oh mummy you're awake! What a coincidence so am I!'

And sure enough it doesn't take long before you hear the pitter patter of tiny feet scurrying along the floor board ready to drag you from the bed to make a bowl of cornflakes just in time for an episode of 'Paw Patrol'.  Good morning mummy!
I also really like this age because this is when their real character begins to show itself; their likes and dislikes, their laughs and cries, their fears and comforts. And it is at this point that a mother is finally beginning to adjust and manage things just a little bit better than before.

Motherhood is about enjoying every moment and treasuring every memory. Don't let your struggles define you and give yourself chances to improve and learn.

Thank you for reading! I'd love to hear your thoughts and any comments you have!

Also don't forget to subscribe so you don't miss the latest updates.

April 18, 2017
Storytime! I hope you're sitting comfortably because this is a story you'll want to read, there's a moral behind it, and it's true! Here we go... The news of my first pregnancy brought me so much joy; I was thrilled to be pregnant and to carry life, I was excited about being a mum and having a bump, I was looking forward to the 'pregnancy glow' and feeling the little kicks and hiccups I'd heard so much about from other mums. I was not prepared for what came the next 8 months and it certainly wasn't what I had expected. From about week 6 of my pregnancy, I had the usual symptoms including feeling tired, bloated and what I thought was regular morning sickness. But it turned out to be Hyperemesis Gravidarum  (pretty sure I spelt that right - I hope) in layman's terms it's basically morning sickness but throughout the day and every day and to the point, you can't swallow solids - including the prenatal vitamins and barely any water thro
19 comments
Read more