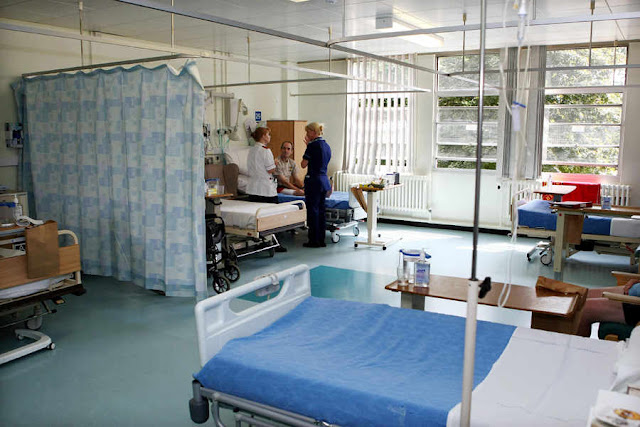 Storytime! I hope you're sitting comfortably because this is a story you'll want to read, there's a moral behind it, and it's true! Here we go...

The news of my first pregnancy brought me so much joy; I was thrilled to be pregnant and to carry life, I was excited about being a mum and having a bump, I was looking forward to the 'pregnancy glow' and feeling the little kicks and hiccups I'd heard so much about from other mums. I was not prepared for what came the next 8 months and it certainly wasn't what I had expected.

From about week 6 of my pregnancy, I had the usual symptoms including feeling tired, bloated and what I thought was regular morning sickness. But it turned out to be Hyperemesis Gravidarum (pretty sure I spelt that right - I hope) in layman's terms it's basically morning sickness but throughout the day and every day and to the point, you can't swallow solids - including the prenatal vitamins and barely any water throughout the pregnancy. I was one of the lucky ones though because I would have the last week of the month of relief where I would over-indulge in anything edible I find and I had the last month too of total comfort and no sickness at all.
The first few months were awful, however, because it was the first time in my life I'd actually physically been sick and so many times a day and I still didn't know how to deal with it. As my pregnancy progressed I slowly learnt how to overcome nausea and how to eat plain digestive biscuits - FYI it's tiny rabbit nibbles, and I mean tiny! - and fresh oranges which were all I could stomach during those weeks but with each month that came my previous solution would no longer work and I would need to find something new to ease the sickness. (Thank god this was my first and I didn't have any kids to take care of and was pretty much in bed all day!)

Anyway back to the story! At 13 weeks I was hospitalised due to dehydration and having eaten nothing for 2 weeks, I had lost a lot of weight and needed to stay at the hospital for a few days. by this point, I was downright miserable. I hated hospitals and I hated the morning sickness and I was so hungry but hated all food at the same time, basically, there was a lot of hate and exhaustion and I had had enough. Even my pregnancy didn't feel real anymore, the joy had gone, the excitement had gone and I had no bump, no movements and nothing to show there was any life inside me apart from the scan picture which, to be honest, didn't mean much to me at that time because I was so low.

One day at the hospital a nurse came in and told me that the doctor would like me to stay in longer and I can only leave if I eat enough food in one sitting without bringing any of it back up for 3 hours. This might sound easy to you but trust me it was almost impossible to me and I was ready to give up. The nurse left me to my miserable, angry self after I may have said a few harsh words to her and went about her day. My hospital bed was in a ward of 6 other beds, all the other patients were cancer patients and were being treated for sickness due to Chemotherapy, one of these patients was a lady, mid 30s, she had been in the bed on my right side and I hadn't spoken to her or the other patients since I arrived. As I sat up in my bed, covered completely by the blanket, she sat at the edge of my bed, I removed the blanket and found her giving me the kindest, warmest look I'd received since I arrived.
She told me she couldn't help overhearing what the nurse had said, I was embarrassed only because I also knew that she heard me thrashing out at the nurse and being very rude which isn't like me at all, she told me that although I may feel like I am at the lowest point, that I should actually be thankful. She said that she was at the hospital because she had Ovarian Cancer, which meant that she could not have children. She told me about her past; her abusive husband and their divorce and how as soon as she finalised the divorce documents she found out she had a tumour, 15 years ago! But it was never discovered to be cancerous, she said she never found the right partner and never had children but always had the hope and the vision of a big beautiful family, a caring husband and a great life. But she had suffered from too much pain throughout these years and having gone undiagnosed by so many medical professionals until she came to London (She's was from Iran) and found out it was cancerous, only a few days ago...She said the news that she could no longer have children brought her life to a halt harder than the news of cancer. And so she said to me, be thankful that your sickness brings you joy while mine ripped it from me. That hit me hard.

Although this story was long, I felt I needed to share it. Someone always has it worse than you and so you need to be thankful. Your pain may be temporary but for others it's permanent. You may feel at your lowest, but I'm sure if you looked down you'd see others lower, suffering more and yet being thankful. I stayed in contact with this lady and I'm happy to say she was cured, and although she can never have children I hope one day she finds that life partner who can ease her suffering and make her happy.

Thank you for reading.