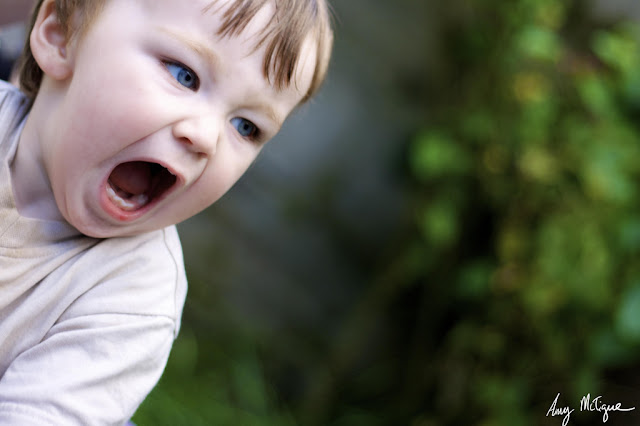 The 'Terrible Two's' is a term we often hear and it is one I heard a lot before my toddler turned two and I was warned by fellow mums that she will go through a phase (Yes, I said phase, I know it's the furthest thing from a phase! But that's what I was told) a phase where she will cry for everything and anything that she wanted and will throw herself on the floor and scream murder if she didn't get it. I was told that there was nothing I can do about it and I should just try and not go out during this 'phase' and try and avoid people altogether.
As a mum, I wanted to believe that my daughter was different from all the other kids in the world, that she would never have a temper tantrum because I simply won't allow it. Ha! I could not have been more wrong! Sure enough, a month before she turned two she had her first temper tantrum, followed by a second, third, and a millionth one by now. However, the advice I was given was absolutely ridiculous - although at the time it certainly felt like there was nothing I could do, there is actually a lot I could do to prevent and survive a tantrum (even a public one!)

Below are some tips that I've learnt during these 'phases':


Now, this is way easier said than done, but it's a gradual process and if mastered, can result in less tantrums and a lot more happy faces from mummy and child. The trick is to prevent your child from getting cranky in the first place which ultimately leads to a tantrum.
Let's look at some reasons why toddlers get cranky (some of these may relate to us mums too!)


"Honey, We're leaving the playground in 15 min"
"Honey you've got 10 min left"
"Start packing your stuff you've got 5 min left"
This way your child knows what's coming and won't make such a big fuss when you do leave.

This is the tricky bit - you've taken all the measures mentioned above yet your child still decided to cling on to that Peppa Pig ride at the supermarket with claws made of steel and you can't seem to get them to let go.

Good luck Momma! Leave a comment below! Do you have any other tips? What works or doesn't work for you?

April 18, 2017
Storytime! I hope you're sitting comfortably because this is a story you'll want to read, there's a moral behind it, and it's true! Here we go... The news of my first pregnancy brought me so much joy; I was thrilled to be pregnant and to carry life, I was excited about being a mum and having a bump, I was looking forward to the 'pregnancy glow' and feeling the little kicks and hiccups I'd heard so much about from other mums. I was not prepared for what came the next 8 months and it certainly wasn't what I had expected. From about week 6 of my pregnancy, I had the usual symptoms including feeling tired, bloated and what I thought was regular morning sickness. But it turned out to be Hyperemesis Gravidarum  (pretty sure I spelt that right - I hope) in layman's terms it's basically morning sickness but throughout the day and every day and to the point, you can't swallow solids - including the prenatal vitamins and barely any water thro
19 comments
Read more